Jakarta. Promoters Third Eye Management (TEM) and Dyandra Mas Entertainment Asia (DMEAsia) announced on Thursday that additional limited amount of tickets for the John Mayer World Tour 2019 in Jakarta will go on sale on Friday at 3 p.m. at www.johnmayerjakarta.com. 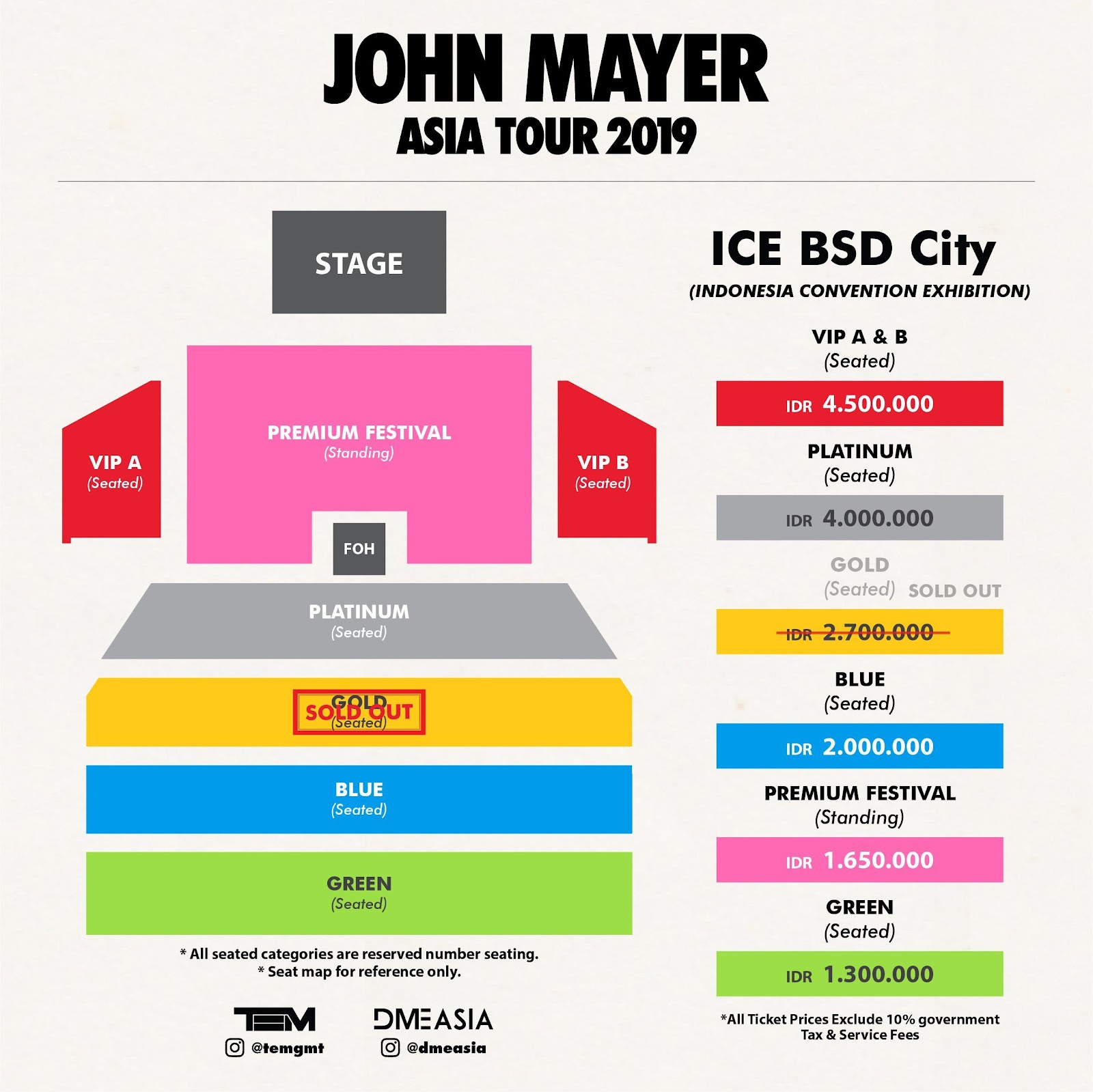 Fans are reminded to purchase tickets only at recognized official ticketing platforms Bukalapak.com, www.johnmayerjakarta.com or MCASH. Ticket purchasers are also reminded that they will need to bring their matching identification during redemption.

This tour is John Mayer’s first ever tour in Asia, with the Jakarta date promoted by TEM and DMEASIA. His 2019 World Tour will kick off in New Zealand in March 2019 and move on to Australia, Singapore, Thailand and to the delight of Indonesia fans, to Jakarta in April. The tour will then continue on to China and Japan.

Third Eye Management is an independent live entertainment company that promotes and manages events. Established in 2007 by Samantha Tzovolos. It has promoted and marketed A-list artists in Indonesia such as Guns N’ Roses, The Chainsmokers, STING, Ariana Grande, Michael Buble, Il Divo, Mika, Justin Bieber in India, Foo Fighters in Singapore and many more.

DMEASIA was incorporated in Jan 2012 and has since become the fastest growing and the most dynamic Events Organizer in Indonesia by Roderick Tjandra as Managing Partner. DMEASIA has arranged some prestigious music events from the leading artists to the biggest family shows in the world such as: Michael Buble, Jennifer Lopez, David Foster, Bruno Mars, EXO: the Planet, Avenged Sevenfolds, Ariana Grande, David Guetta & Alesso, ASOT 650, Disney On Ice, Barbie and many more.