Jakarta. A quiet refuge from the bumper-to-bumper traffic that frequents the roads of Jakarta can be found at select Mass Rapid Transit or MRT Stations.

From about 10:00 a.m. to 4:00 p.m., the Bendungan Hilir station is quiet compared to the bustling Sudirman road above, where commuters would prefer to use their own methods of transport over the MRT.

Bendungan Hilir station officer, Mutiara Rizky Aulia has been working at the station since February 2022. Having observed the environment of the station compared with other stations in Jakarta, Aulia said this is normal for the time of day, and it is typically a quieter station.

“This is a small station in Jakarta… most passengers here are just the general public,” Aulia said.

Only now are Indonesians getting used to a post-COVID-19 pandemic world, where restrictions have been relaxed, yet the communication regulations are still in place within the MRT network.

The one-way and two-way communication rules outline that there is to be no talking on the phone, or talking to fellow commuters while on the train. While the rules started due to the pandemic, the regulations have continued adding to the unique environment of the MRT network.

Arum Nirbaya, a security guard at Bendungan Hilir station said that the train system was returning to normal post the COVID-19 pandemic.

Although quiet during the lunchtime hours she said there were certain times that traffic would increase within the station. These are around 7 a.m. to 10 a.m. and in the evenings around 4 p.m. to 7 p.m.

In discussing the one-way, two-way communication ban, Nirbaya said it was really effective in helping to get back to normalcy and that it did bring a level of comfort that many prioritized after long working days. 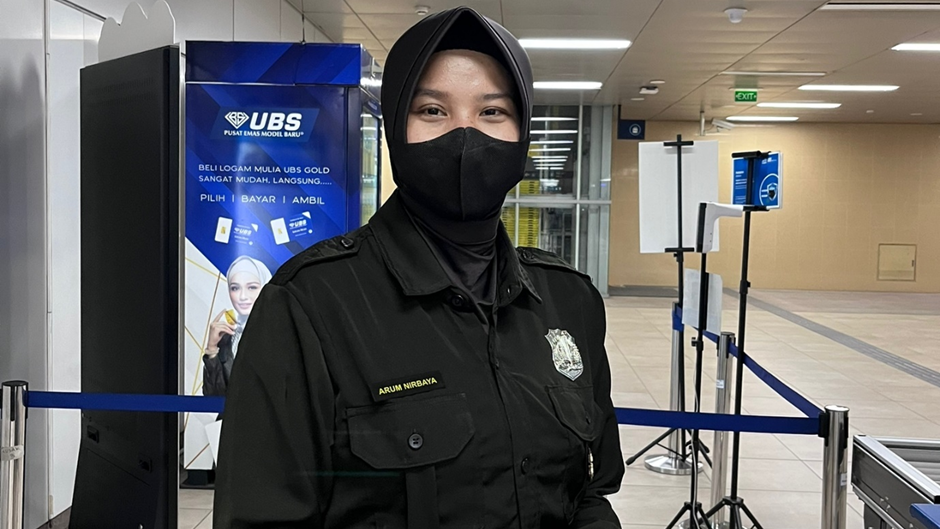 MRT passenger Olivia doesn't frequent the train system often, mostly using a driver to transit through Jakarta. But given her pleasurable experiences when previously using the MRT network she said it was a good way to get around and wants to use it more often going into the future. 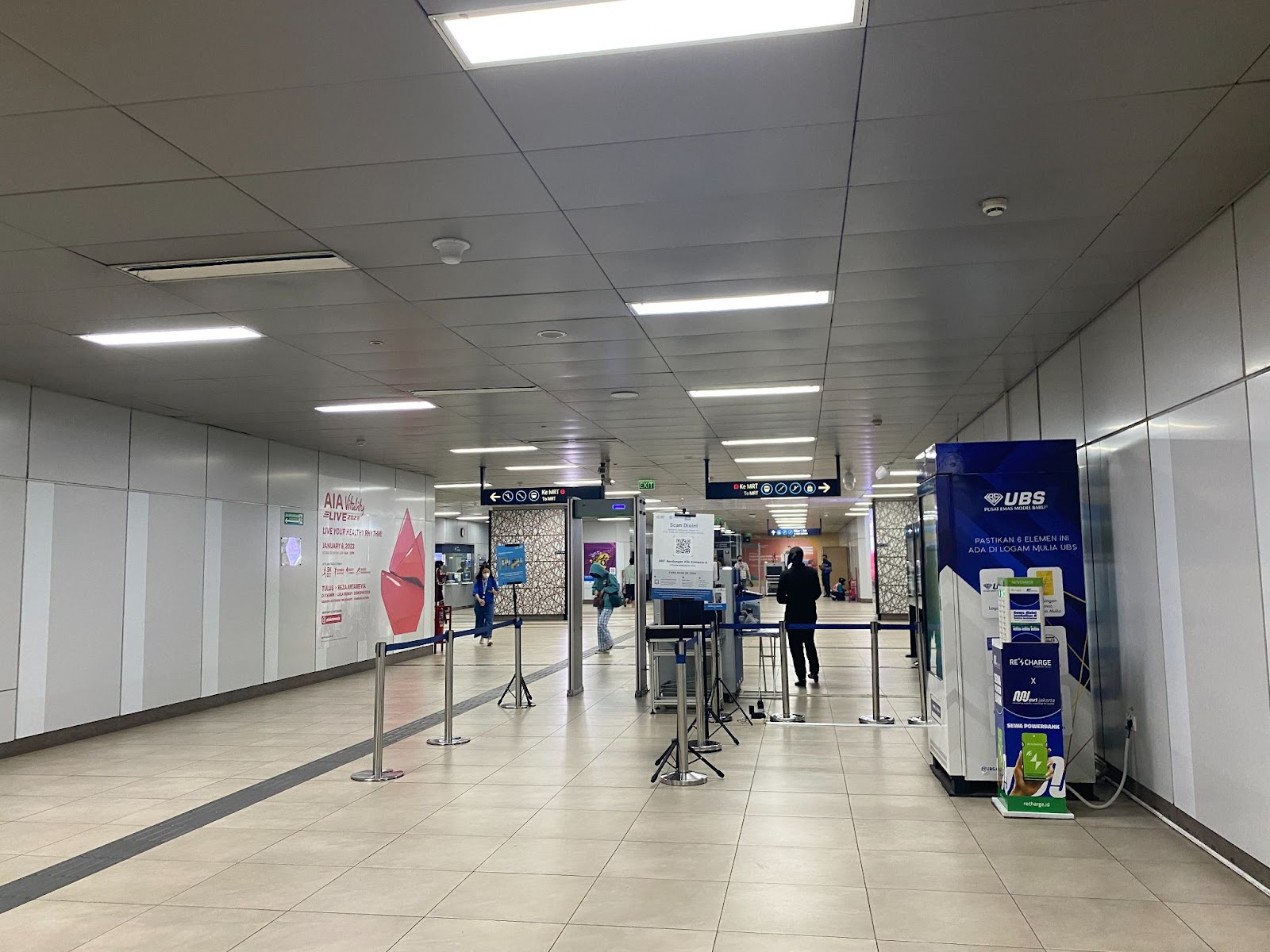 The security at Bendungan Hilir station awaits MRT users after the peak hour traffic has worn off. (JG Photo/Lily McCure)

As for the one and two-way communication regulations, she said that it doesn’t bother her and should be kept for a bit longer.

“They should keep it for some time, maybe until the end of the year,” she said.

University student Brigitta Hendarto talked about how the demographic difference of MRT riders could help improve the image of other public transport options such as the KRL lines which may have been considered dirty and unsafe.

“I think they improved a lot of those problems with the KRL lines, they are cleaner. It’s way better than it was 2 or 3 years ago, especially since covid, they aren’t as clean as the MRT though. I feel like we built it [the MRT] here in the middle of the city for business people,” she told the Globe.

In an age where almost everyone uses social media, videos illustrating the busy nature of peak-hour trains have been circulating which has created a sense of unease, especially among the youth.

Atma Jaya Catholic university student Giseli Bernadi took to her social media page to share her experiences with the train line and shared some tips on what to do.

She said that she was not so used to taking the train until her parents encouraged her. “Being a little uncomfortable is sometimes part of life, we just have to do the best we can to find joy in things,” Giseli quoted her father as having told her.

Outlining her reasons for using the train system, she said it enables her to know the time frame and can estimate how long her journey will be, as well as being affordable, especially for students.

Jakarta's MRT is currently in its second phase of construction in which officials hope to have the full North-South Line operational by 2030 before starting construction on the East-West Line. 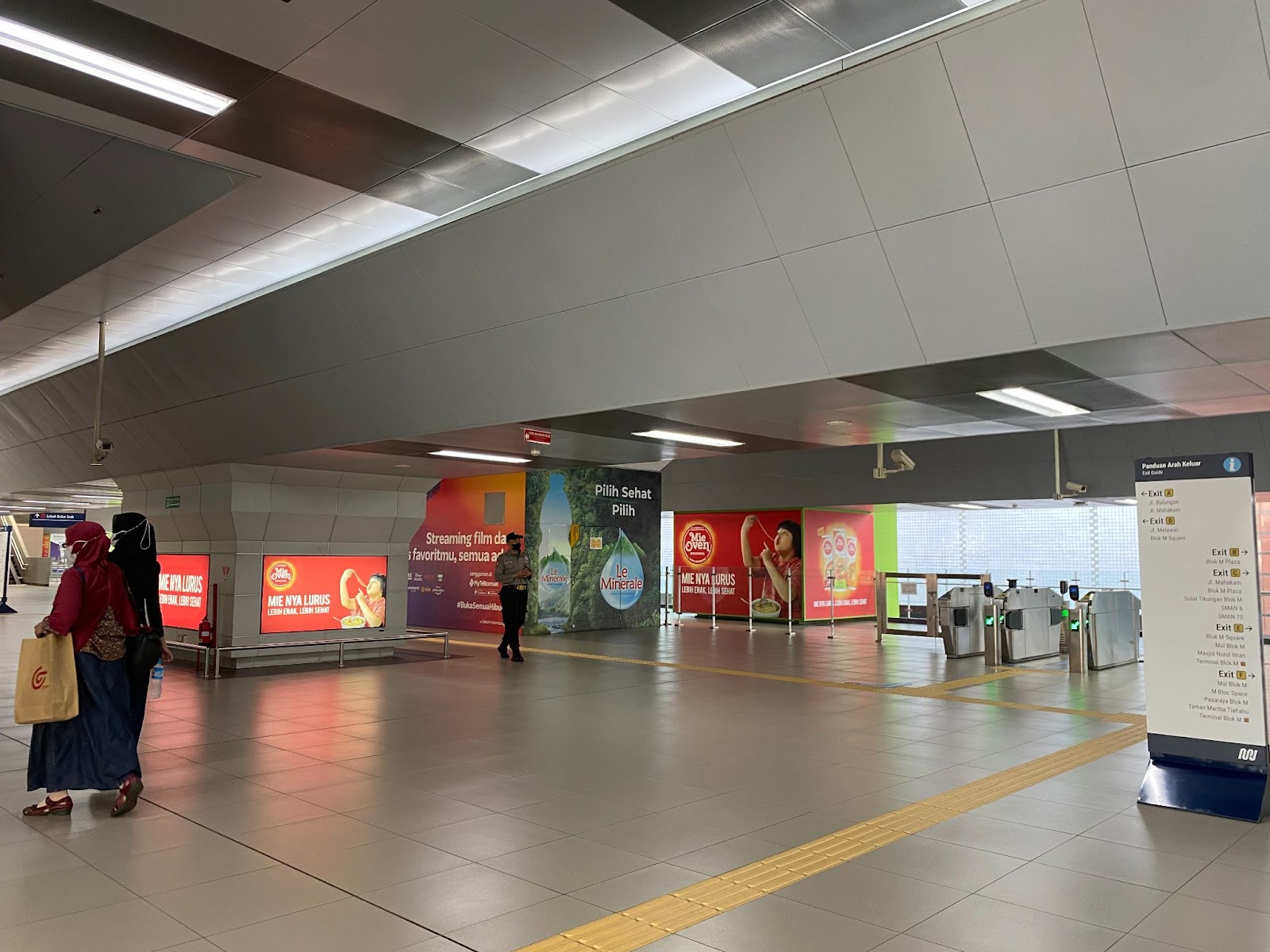